The following page is a combination of the INSTALL file provided with the OpenSSL library and notes from the field. If you have questions about what you are doing or seeing, then you should consult INSTALL since it contains the commands and specifies the behavior by the development team.

There are two generations of build system. First is the build system used in OpenSSL 1.0.2 and below. The instructions below apply to it. Second is the build system for OpenSSL 1.1.0 and above. The instructions are similar, but not the same. For example, the second generation abandons the monolithic Configure and places individual configurations in the Configurations directory. Also, the second generation is more platform agnostic and uses templates to produce a final, top level build file (Makefile, descrip.mms, what have you).

After you configure and build the library, you should always perform a make test to ensure the library performs as expected under its self tests. If you are building OpenSSL 1.1.0 and above, then you will also need PERL 5.10 or higher (see README.PERL for details).

OpenSSL's build system does not rely upon autotools or libtool. Also see Why aren't tools like 'autoconf' and 'libtool' used? in the OpenSSL FAQ.

The OpenSSL source code can be downloaded from OpenSSL Source Tarballs or any suitable ftp mirror. There are various versions including stable as well as unstable versions.

The source code is managed via Git. It's referred to as Master. The repository is

The source is also available via a GitHub mirror. This repository is updated every 15 minutes.

OpenSSL is configured for a particular platform with protocol and behavior options using Configure and config.

You should avoid custom build systems because they often miss details, like each architecture and platform has a unique opensslconf.h and bn.h generated by Configure. 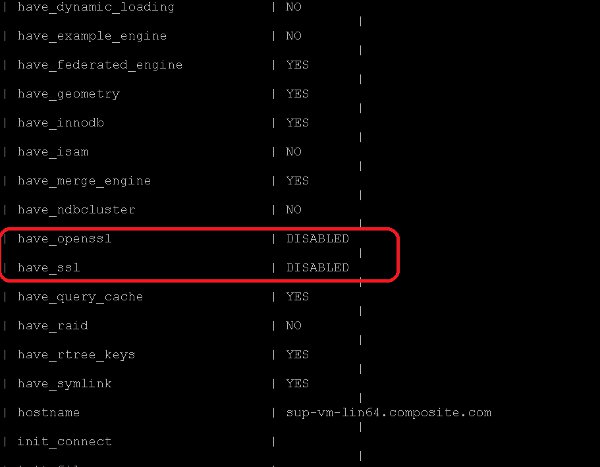 You use Configure and config to tune the compile and installation process through options and switches. The difference between is Configure properly handles the host-arch-compiler triplet, and config does not. config attempts to guess the triplet, so it's a lot like autotool's config.guess.

Mac OS X can have issues (it's often a neglected platform), and you will have to use Configure:

You can also configure on Darwin by exporting KERNEL_BITS:

If you provide a option not known to configure or ask for help, then you get a brief help message:

And if you supply an unknown triplet:

If you are prompted to run make depend, then you must do so. For OpenSSL 1.0.2 and below, it's required to update the standard distribution once configuration options change.

OpenSSL 1.1.0 and above performs the dependency step for you, so you should not see the message. However, you should perform a make clean to ensure the list of objects files is accurate after a reconfiguration.

OpenSSL has been around a long time, and it carries around a lot of cruft. For example, from above, SSLv2 is enabled by default. SSLv2 is completely broken, and you should disable it during configuration. You can disable protocols and provide other options through Configure and config, and the following lists some of them.

Note: if you specify a non-existent option, then the configure scripts will proceed without warning. For example, if you inadvertently specify no-sslv2 rather than no-ssl2 no-ssl3, the script will configure with SSLv2 and without warning for the unknown no-sslv2.

Note: when building a shared object, both the static archive and shared objects are built. You do not need to do anything special to build both when shared is specified.

Note: on older OSes, like CentOS 5, BSD 5, and Windows XP or Vista, you will need to configure with no-async when building OpenSSL 1.1.0 and above. The configuration system does not detect lack of the Posix feature on the platforms.

Note: you can verify compiler support for __uint128_t with the following:

The rule of thumb to use when you want something that 'just works' for all recent versions of OpenSSL, including OpenSSL 1.0.2 and 1.1.0, is:

One word of caution is avoid--prefix=/usr when OpenSSL versions are notbinary compatible. You will replace the distro's version of OpenSSL with your version of OpenSSL. It will most likely break everything, including the package management system.

It is usually not necessary to specify --prefix. If --prefix is not specified, then --openssldir is used. However, specifying only--prefix may result in broken builds because the 1.0.2 build system attempts to build in a FIPS configuration.

You can omit If --prefix and use --openssldir. In this case, the paths for --openssldir will be used during configuration. If --openssldir is not specified, the the default /usr/local/ssl is used.

The takeaway is /usr/local/ssl is used by default, and it can be overridden with --openssldir. The rule of thumb applies for path overrides: specify both--prefix and --openssldir.

OpenSSL 1.1.0 changed the behavior of install rules. You should specify both --prefix and --openssldir to ensure make install works as expected.

From the list above, it's possible to quickly configure a 'debug' build with ./config -d. However, you can often get into a more amicable state without the Electric Fence dependency by issuing:

If you are working in Visual Studio and you can't step into library calls, then see Step into not working, but can force stepping after some asm steps on Stack Overflow. 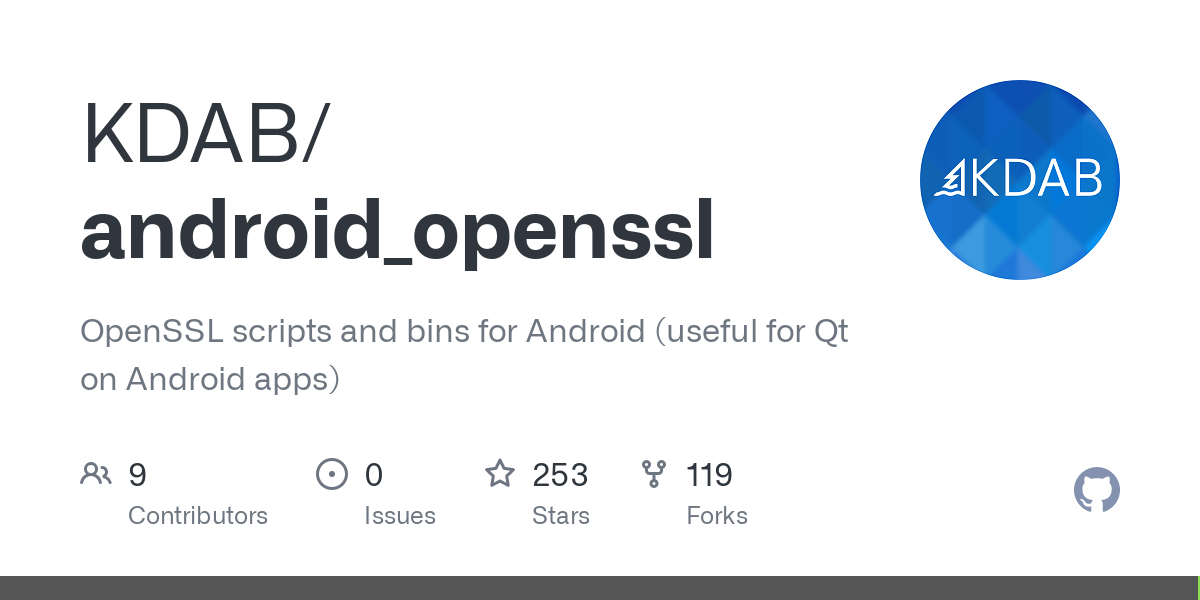 Setting and resetting of LANG is required on Mac OSX to work around a sed bug or limitation.

After modification, be sure to dclean and configure again so the new settings are picked up:

RPATH's are supported by default on the BSD platforms, but not others. If you are working on Linux and compatibles, then you have to manually add an RPATH. One of the easiest ways to add a RPATH is to configure with it as shown below.

For modern Linux you should also use -Wl,--enable-new-dtags. The linker option sets a RUNPATH as opposed to a RPATH. A RUNPATH allows library path overrides at runtime, while a RPATH does not.

You can also add an RPATH or RUNPATH by hard coding the RPATH into a configure line. For example, on Debian x86_64 open the file Configure in an editor, copy linux-x86_64, name it linux-x86_64-rpath, and make the following change to add the -rpath option. Notice the addition of -Wl,-rpath=... in two places.

Above, fields 2 and 6 were changed. They correspond to $cflag and $ldflag in OpenSSL's builds system.

Then, Configure with the new configuration:

Once you perform make install, then ldd will produce expected results:

When configuring the FIPS Capable Library, you must use fips as an option:

If you are configuring the FIPS Capable Library with only prime curves (openssl-fips-ecp-2.0.5.tar.gz), then you must configure with no-ec2m:

If you disable an option during configure, you can check if it's available through OPENSSL_NO_* defines. OpenSSL writes the configure options to <openssl/opensslconf.h>. For example, if you want to know if SSLv3 is available, then you would perform the following in your code:

After configuring the library, you should run make. If prompted, there's usually no need to make depend since you are building from a clean download. 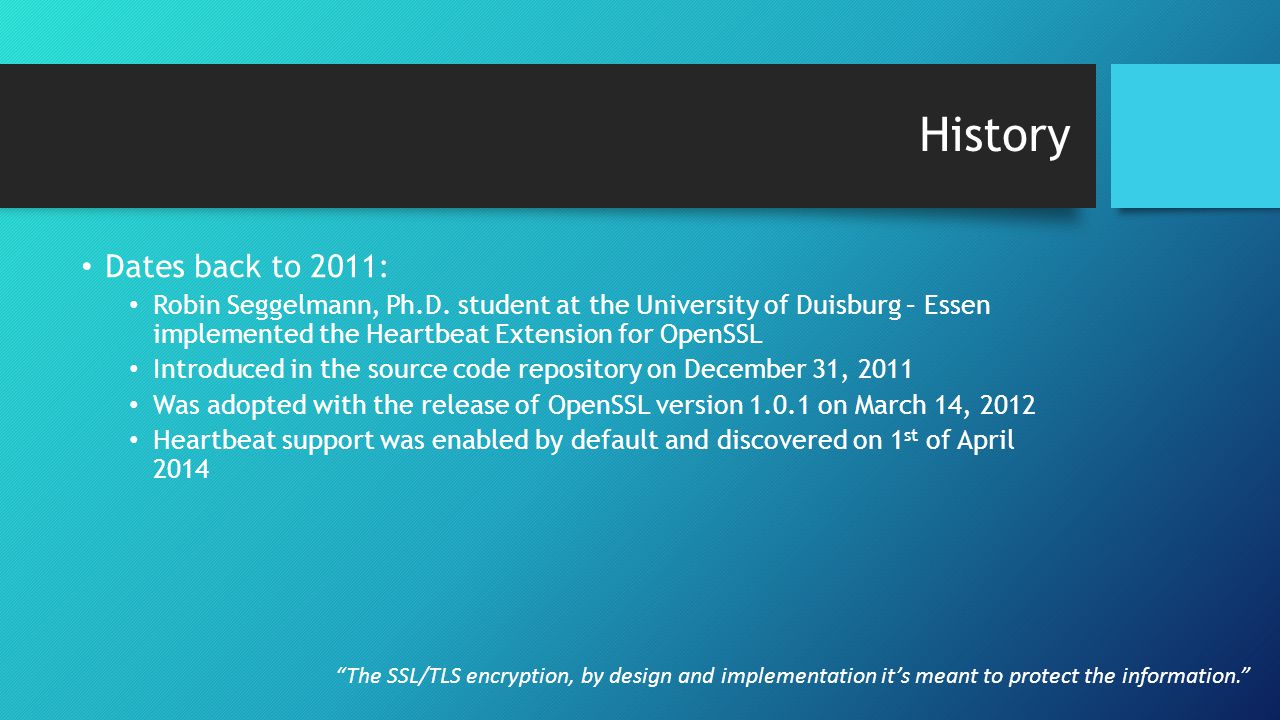 Various options can be found examining the Configure file (there is a well commented block at its top). OpenSSL ships with SSLv2, SSLv3 and Compression enabled by default (see my $disabled), so you might want to use no-ssl2 no-ssl3, no-ssl3, and no-comp.

X32 uses the 32-bit data model (ILP32) on x86_64/amd64. To properly configure for X32 under current OpenSSL distributions, you must use Configure and use the x32 triplet:

If using an amd64-compatible processor and GCC with that supports __uint128_t, then you usually add enable-ec_nistp_64_gcc_128 in addition to your other flags.

3noch wrote a VERY good guide in 2012 here (PLEASE NOTE: the guide was written in 2012 and is no longer available at the original location; the link now points to an archived version at the Internet Archive Wayback Machine).

Like he said in his article, make absolutely sure to create separate directories for 32 and 64 bit versions.

You may be surprised: the 64bit artefacts are indeed output in the out32* sub-directories and bear names ending *32.dll. Fact is the 64 bit compile target is so far an incremental change over the legacy 32bit windows target. Numerous compile flags are still labelled '32' although those do apply to both 32 and 64bit targets.

The important pre-requisites are to have PERL available (for essential file processing so as to prepare sources and scripts for the target OS) and of course a C compiler like Microsoft Visual Studio for C/C++. Also note the procedure changed at OpenSSL 1.1.0 and is more streamlined. Also see Why there is no msdo_ms.bat after perl Configure VC-WIN64A on Stack Overflow.

For OpenSSL 1.1.0 and above perform these steps:

For OpenSSL 1.0.2 and earlier the procedure is as follows.

The earlier discussion presented a lot of information (and some of it had OS X information). Here are the TLDR versions to configure, build and install the library.

If configuring for 64-bit OS X, then use a command similar to:

If configuring for 32-bit OS X, then use a command similar to:

The following builds OpenSSL for iOS using the iPhoneOS SDK. The configuration avoids the dynamic library the DSO interface and engines.

For OpenSSL 1.1.0 and above, a 32-bit iOS cross-compiles uses the ios-cross target, and options similar to --prefix=/usr/local/openssl-ios.

If you are working with OpenSSL 1.0.2 or below, then use the iphoneos-cross target.

I you wonder what are files ending with .com like test/testca.com those are VAX/VMX scripts.This code is still maintained.

OpenSSL uses its own configuration system, and does not use Autoconf. However, a number of popular projects use both OpenSSL and Autoconf, and it would be useful to detect either OPENSSL_init_ssl or SSL_library_init from libssl. To craft a feature test for OpenSSL that recognizes both OPENSSL_init_ssl and SSL_library_init, you can use the following.

Many thanks to the Postgres folks for donating part of their configure.in. Also see How to tell Autoconf “require symbol A or B” from LIB? on Stack Overflow.