Merging two datasets by id, which is a unique case identifier.

Open the first file that you wish to merge. Next under the 'Merge Files' item in the 'Data' menu, select 'Add Variables If both keys have the same name one will show up in the 'Excluded Variables'. 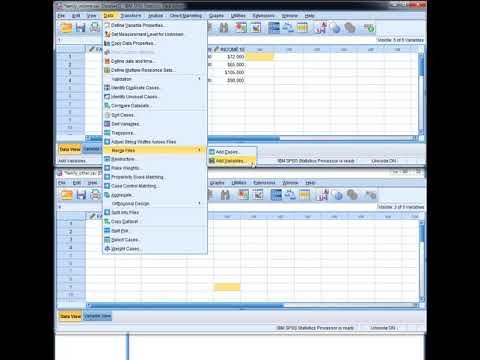 >
> Or, it is *possible* to match to files without any ID variable
> in the syntax. (At least, it used to be.) (Jon - Perhaps this
> behavior ought to be available *only* when invoked by a
> special keyword?)
>
> If you give it no ID variable, SPSS will assume that the lines
> belong together, one by one, in the order that they exist
> respectively in the two files.
> - This should never be used if you can avoid it. Unsafe.
> - You should be *aware* of it, to avoid omitting your ID variables.
> You certainly don't want this outcome by accident.

Yes, one can still match with no use of BY. But as Rich notes, it can
be dangerous. Here's an example.

* MATCH FILES without BY . 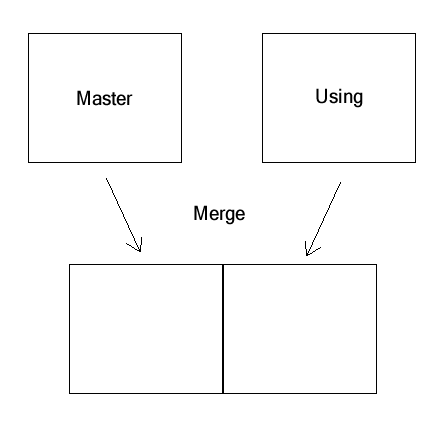 Notice that ID number 2 is missing from the second data set. Here is
the output.

From the first MATCH FILES (without BY): From the second MATCH FILES (with BY):

http://sites.google.com/a/lakeheadu.ca/bweaver/
'When all else fails, RTFM.'

Coments are closed
Merge Many Excel Files Into OneTeams By Microsoft